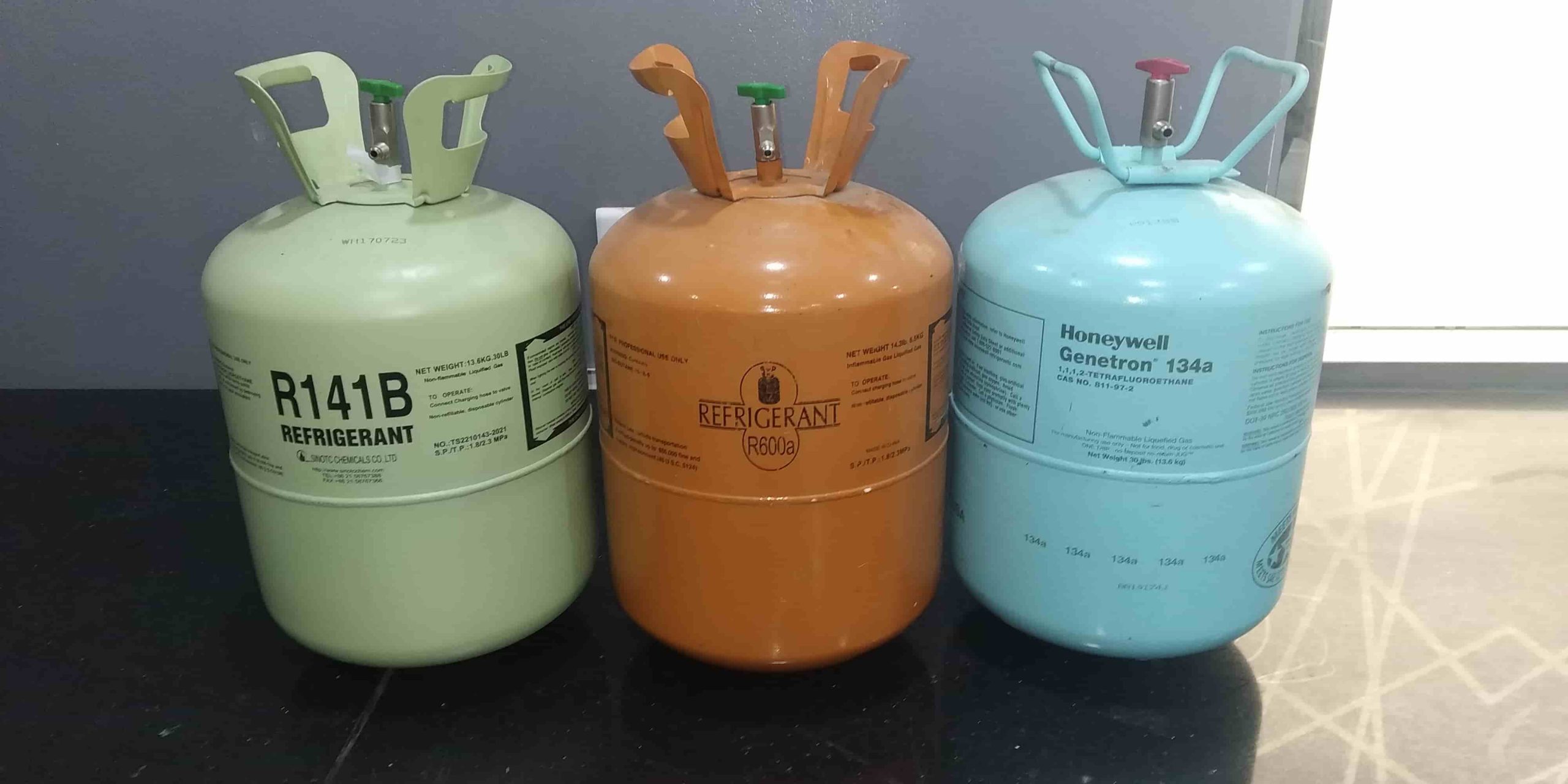 A refrigerant is a substance or mixture, in an aqueous form, utilized in air conditioners and refrigerators. In most cycles, it undergoes phase transitions from a liquid to a gas and back again. Air Conditioners contain the refrigerant inside the condenser coils.

There are some refrigerants we describing here with their properties and comparison also.

Chlorofluorocarbons and hydrochlorofluorocarbons are fully or partly halogenated paraffin hydrocarbons. It contains only carbon, hydrogen, chlorine, and fluorine, produced as a volatile derivative of methane, ethane, and propane.

HCFCs break down more easily within the atmosphere than do CFCs. Therefore, HCFCs have less ozone depletion potential, additionally to less global-warming potential. HFCs don’t contain chlorine and don’t contribute to the destruction of stratospheric ozone.

A hydrocarbon is a compound consisting entirely of hydrogen and carbon. Hydrocarbons are examples of group 14 hydrides. Hydrocarbons from which one atom has been removed are functional groups called hydrocarbyls.

R22 Refrigerant is also known as Freon R22. It is the household name for the halocarbon compound CHCLF2 (mono chlorodifluoromethane). The ‘R’ in R22refers to the refrigerant and the second ‘2’ indicates the atom’s fluorine compounds.

Initially, the lowest boiling point of -40.8 degrees made it easy to use in Domestic Farm Freezers, etc.

These are all low-temperature applications. R22is extensively used even today to liquefy gases and provide chilled water to various machines and processes.

One can easily find it in domestic Air conditioners. The component is non-flammable and not toxic, making it very safe to use in both domestic and industrial conditions. Since R22refrigerant contributes to the damage to the ozone layer, it is now banned. As of Dec 2009, it became a requirement by the law that you must replace any system using R22that has become faulty.

R32 refrigerant is the short name for CH2F2(difluoromethane). This gas has less exposure to Global warming potential as compared to R22, and companies use it as a replacement for the same.

A low boiling point for -51 Degrees Celsius makes it perfect to use in low-temperature products. It also is very energy efficient as its refrigerating capacity is much higher than many new products available in the market today.

Despite having considerable qualities to justify the use of this gas, one must operate with care as the gas is flammable.

Advantage and Disadvantage of R32

R290, also known as CARE 40 refrigerant, is a natural or “not in kind” refrigerant. However, it is just a type of propane. R290 may serve as a replacement for R22and R-502. It’s in high demand because of its excellent thermodynamic performance. It has got zero toxicity, zero ozone depletion capability, and a very low global warming potential.

Advantage and Disadvantage of R290

When you decide to choose the air conditioning unit, you will consider some aspects; one of those will be the type of refrigerant used in it. So considering R22and R410A, you will check their properties and many other factors, so let’s discuss the difference between them.

Difference Between R32 and R290

So now, let’s see some differences between these refrigerants. They both refrigerants are also used in air conditioner so while buying, you must consider them also as they are equally used in the market and has some different properties.